One of the projects we worked on last year was the restoration of the Firefighters memorial in Chernobyl.

These days, you can find many photos near the monument, and it has even become an international symbol of the city of Chernobyl, where visitors stop to honour the dead and take photos in memory of the great tragedy of our time.

Contamination Zone created plans for an epic trip to the zone, with many different people offering their assistance to help this happen, and all proceeds going towards the restoration.

An interesting idea, was the thought that we could pick a winner of a free prize draw for a place. For every €10 donated, the person had their name entered into my hat. For just €10, they could win a trip to the zone that retails for €1,000.

It was a successful idea, and is definitely something we will use in future.

Below you can see a video of us drawing the lucky winner from my hat [English and Russian subtitles are available].

As 2021 progresses, we have plans and ideas for more fundraising projects in the zone. As a non-profit, all proceeds from all of our trips are spent on these projects – this is something that as a team we are very proud of, and it gives us amazing levels of motivation and enthusiasm to continue doing the work that we are doing.

If you would like to check out the trip, it is still possible to buy a ticket to join us. The date is not yet confirmed due to Covid, but details are available below: 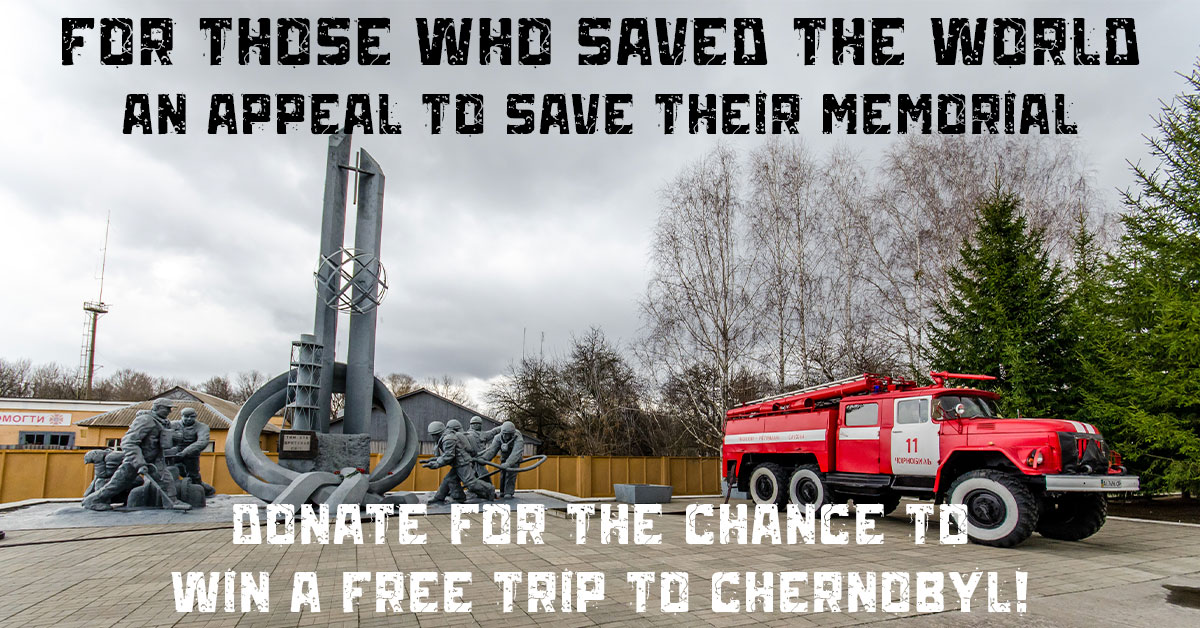 For Those Who Saved the World – a very special trip

Charlie Tango(https://contamination.zone)
I'm Charlie, and I've been photographing abandoned places since 2009. I have been involved in Chernobyl for many years, and have organised trips with thousands of people over these years.

Please be aware that all tours are currently suspended due to the Russian invasion of Ukraine. Dismiss