Clean Futures Fund and SPCA International were scheduled to conduct the annual spay/neuter and vaccination clinic in Spring of 2020.  The COVID-19 pandemic restricted travel and activity, and we were not able to conduct the clinic this year.

We look forward to continuing our annual animal health campaign in 2021, and will keep you updated as plans progress.

Do you want to choose the name for a puppy?

There have recently been new puppies born, and to raise funds for the Clean Futures Fund, for every 1kg of dog food donated before the end of July we will enter your chosen name into a hat and choose one at random.

There are many dogs in the zone, and when you come here you will see that many of them have names and have almost celebrity status (Ever heard of Tarzan the dog at Duga?)

The following photos were taking by a worker in chernobyl, check out Vladimir’s instagram page.

You can make your donation and choose your name by clicking HERE or visiting below: 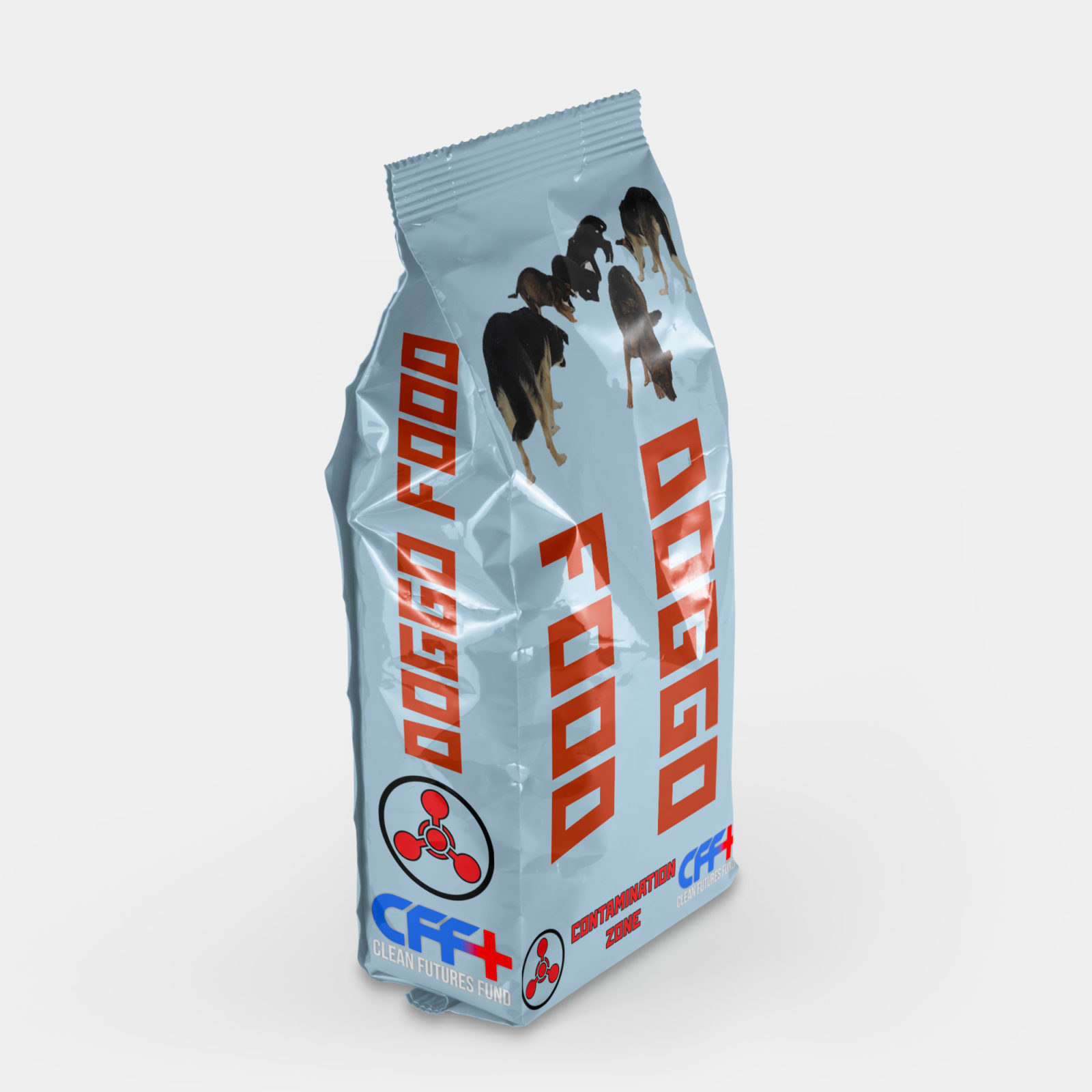 In the spring of 1986, the Unit 4 reactor at the Chernobyl Nuclear Power Plant in Ukraine exploded and spread radioactive materials into the environment.  In response to the disaster, the former Soviet Union established a 30-km exclusion zone around the facility and evacuated over 120,000 people from 189 cities and communities.  The evacuees were not allowed to bring anything that they could not carry.  Pets were abandoned.

After the evacuation of Pripyat and the Exclusion Zone in the spring of 1986, soldiers of the Soviet Army were dispatched to shoot and kill the animals in Pripyat which had been left behind, but it was impossible to round up and cull all of the animals in the various small villages throughout the exclusion zone. These former pets lived in the exclusion zone, migrated to the Chernobyl nuclear power plant, where their descendants remain to this day.

For the last four years, Clean Futures Fund Co-Founders Lucas and Erik have traveled to Ukraine as part of a vocational work program at the Chernobyl Nuclear Power Plant (ChNPP).  During their time at Chernobyl, they were shocked to discover the large population of stray dogs living around the plant and in the zone.

Overpopulation of dogs in Europe is a well-known problem, there are an estimated 30,000 stray cats and dogs in the Ukrainian capital of Kiev alone, but the Chernobyl dogs are different.  These dogs are the descendants of pets left behind during the hasty evacuation in 1986.  They have been driven out of remote areas in the zone by packs of rabid wolves that attack them.  The Chernobyl dogs are malnourished, have been exposed to rabies by wild predators in the zone, and are in dire need of medical attention.

Every year, new puppies are born at the Chernobyl nuclear power plant, and the workers take care of them during the harsh Ukrainian winter. These dogs are exposed to rabies by the wild animals living in the Exclusion Zone.

Today, the dogs of the Chernobyl nuclear power plant rely on the workers at the station to stay alive.  Some bring the animals inside and give them care if they seem injured or sick – but the workers also risk exposure to rabies by interacting with the dogs.

Charlie Tango(https://contamination.zone)
I'm Charlie, and I've been photographing abandoned places since 2009. I have been involved in Chernobyl for many years, and have organised trips with thousands of people over these years.
Loading Comments...
%d bloggers like this: