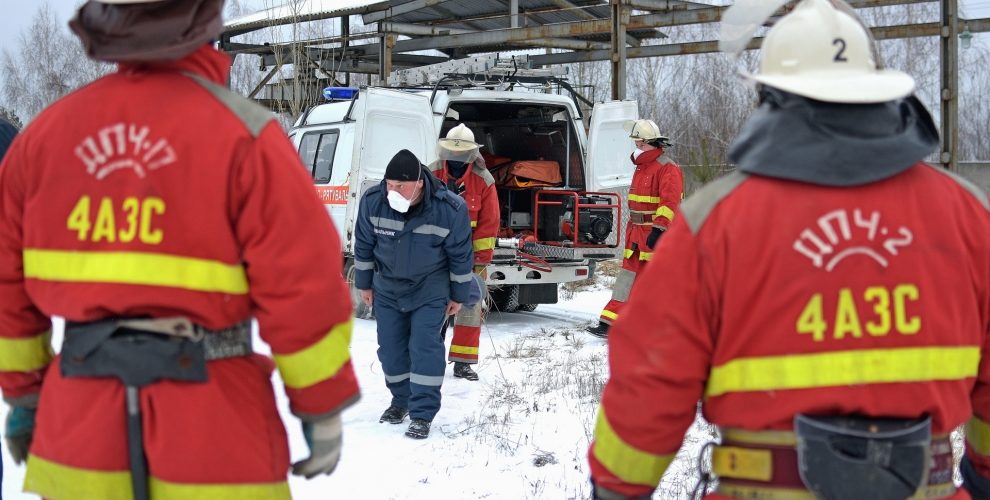 The purpose of the exercise was to practice the actions of the personnel in an emergency situation with the aircraft crash. According to the accident scenario, a helicopter crashed on the territory of the Plant’s industrial site. Elimination of the consequences of the alleged accident required involvement of Fire Brigades of the State Emergency Service, as well as the evacuation of two nearby office and industrial premises.

The aircraft crash scenario was chosen for the training because of intense use of aircraft in forest fire suppression and because of the increasing number of helicopters and aircraft with visitors of the Exclusion Zone in the vicinity of ChNPP. During the exercise the personnel’s actions on emergency response, evacuation and assistance to victims were practiced.

“The training was successful. Personnel interacted correctly. Rescuers rescued the injured helicopter pilot and provided him with necessary assistance. During the exercise the personnel who were inside the Industrial Heating Plant and on the territory of ChNPP Transport Shop were evacuated” — assessed the training Dmytro Kondratov, head of the Emergency Preparedness and Response Department of ChNPP.

As a reminder, more than 40 emergency drills for emergency crews and teams were held in 2021.