New for 2022 we have organised an itinerary specially for rail enthusiasts and those who enjoy or are interested in public transport!

The trip lasts 8 days and is available both as a private tour or in a group. This tour includes the unusual opportunity to enter the Chernobyl Zone using the staff train from Slavutych.

The itinerary below could change due to availability of heritage trains and trams, timetable changes, other external factors, but here is what the tour includes:

Arrive in Kyiv. Our driver will meet you at the airport or railway station with a sign, and then transfer easily to your accommodation.

Today is very much a transport themed day.

A remnant from Soviet times, Children’s Railways were very popular in the former USSR with railways located in most of the major cities of the Eastern European countries. Long after the fall of the USSR, there are still 9 working examples throughout Ukraine. The children’s railway located in Kyiv is a well-kept example and still enjoyed by many today.

The basic premise is that children and teenagers can learn and study the various railway professions in a safe environment. The older children get to drive the trains and the younger ones work in the ticket office and as conductors within the carriages.

They operate very similar to heritage railways in Europe, only with a much younger workforce, mainly people who intend to work in the rail industry in future. They normally operate at weekends with events during the week at different times of year, such as Santa Specials.

Kyiv Children’s Railway has been operating since 1953. Today it is about 500 young rail workers, 2.5 km of track, 3 locomotives, 3 cars, 14 signals and many, many hidden interesting and complex devices. 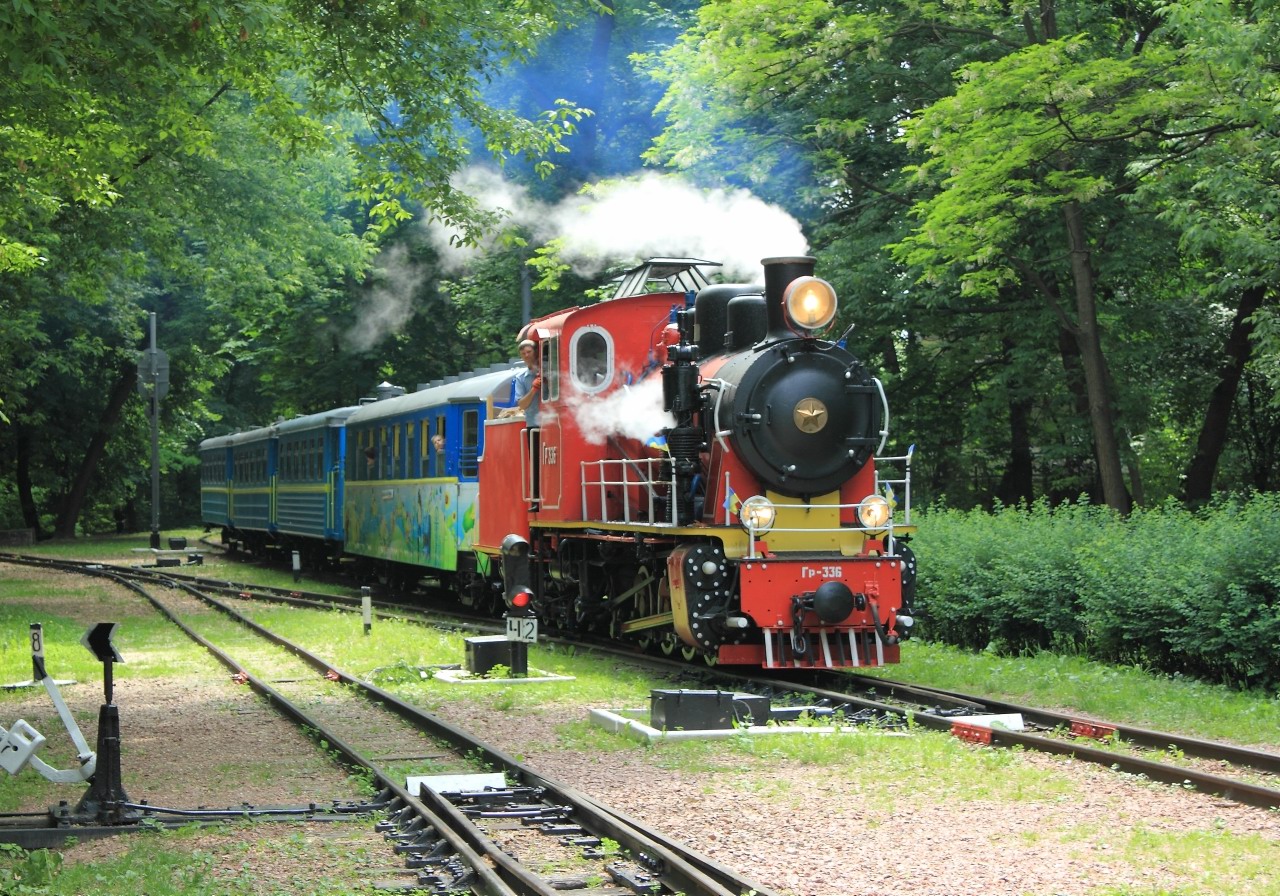 There are a number of historical steam locomotives, diesel locomotives, historical carriages and the personal coaches of senior officials of Imperial Russia and Soviet Union.

It is possible here to go inside the coaches, and some of the locomotives. 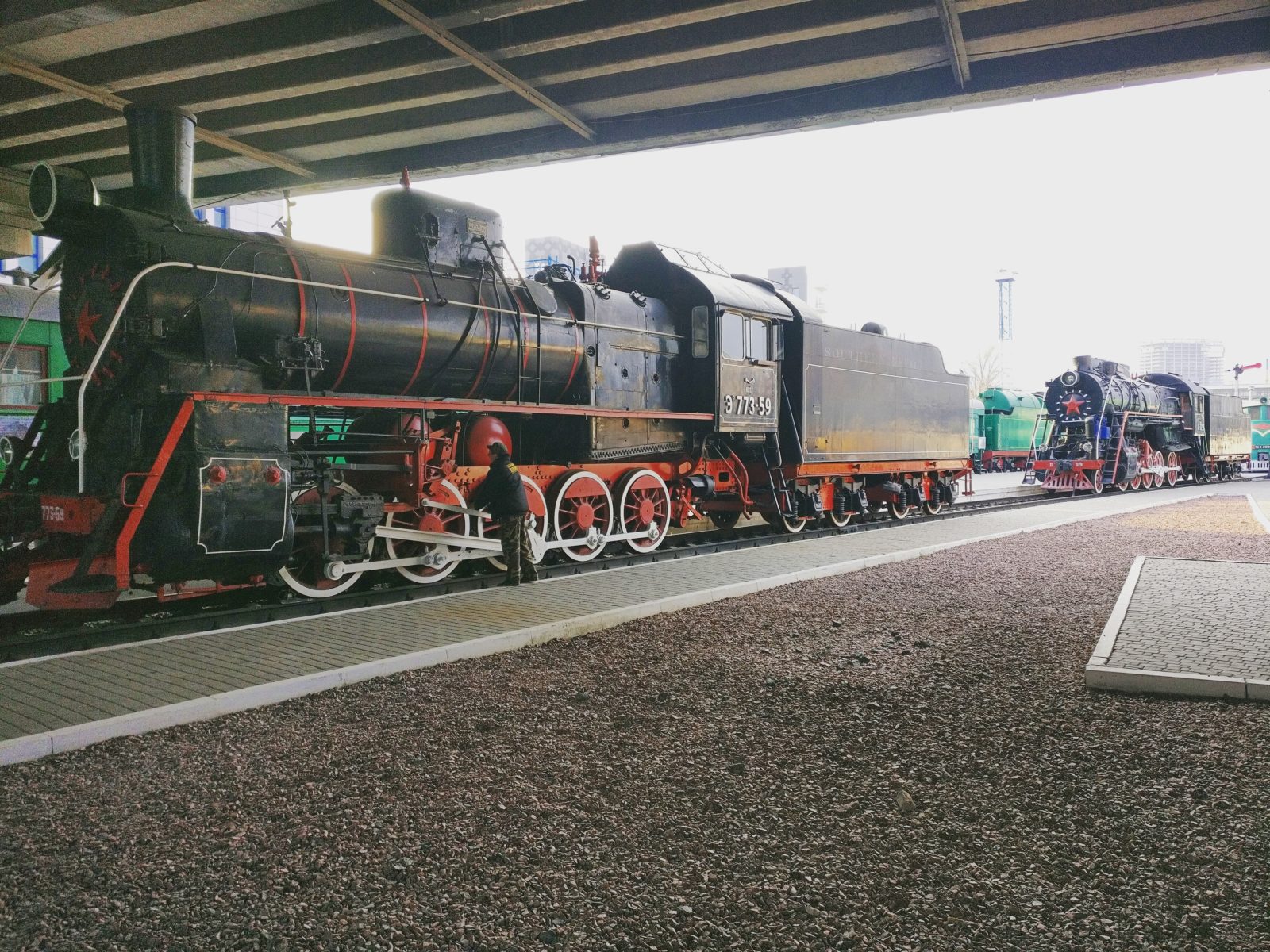 A program based on the materials of the famous historian A. Anisimov. 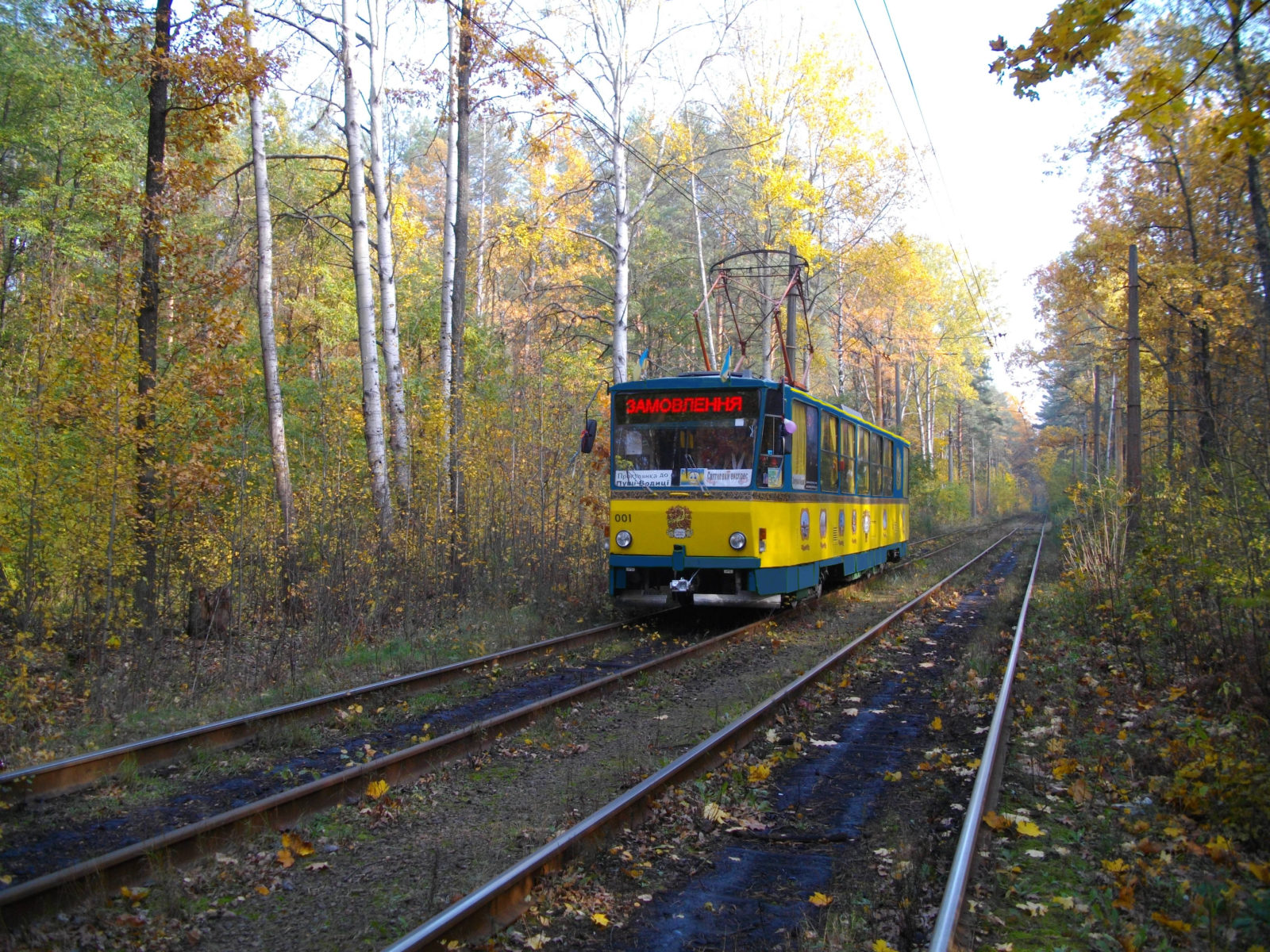 We will ride with you on one of the most romantic and old tram routes on a retro tram from the heritage fleet. You will hear stories that took place here in real life and see the first brewery in the city, Kin-Grust tract and learn how this name is associated with the name of Empress Catherine. Find out who are the specialists in sausage trimmings and much more. We will see the church of Seraphim of Sarov, the mausoleum-tomb of Gorodetsky, and much more.

We will have a stop in the park near the lakes for about 25 minutes and have a picnic. 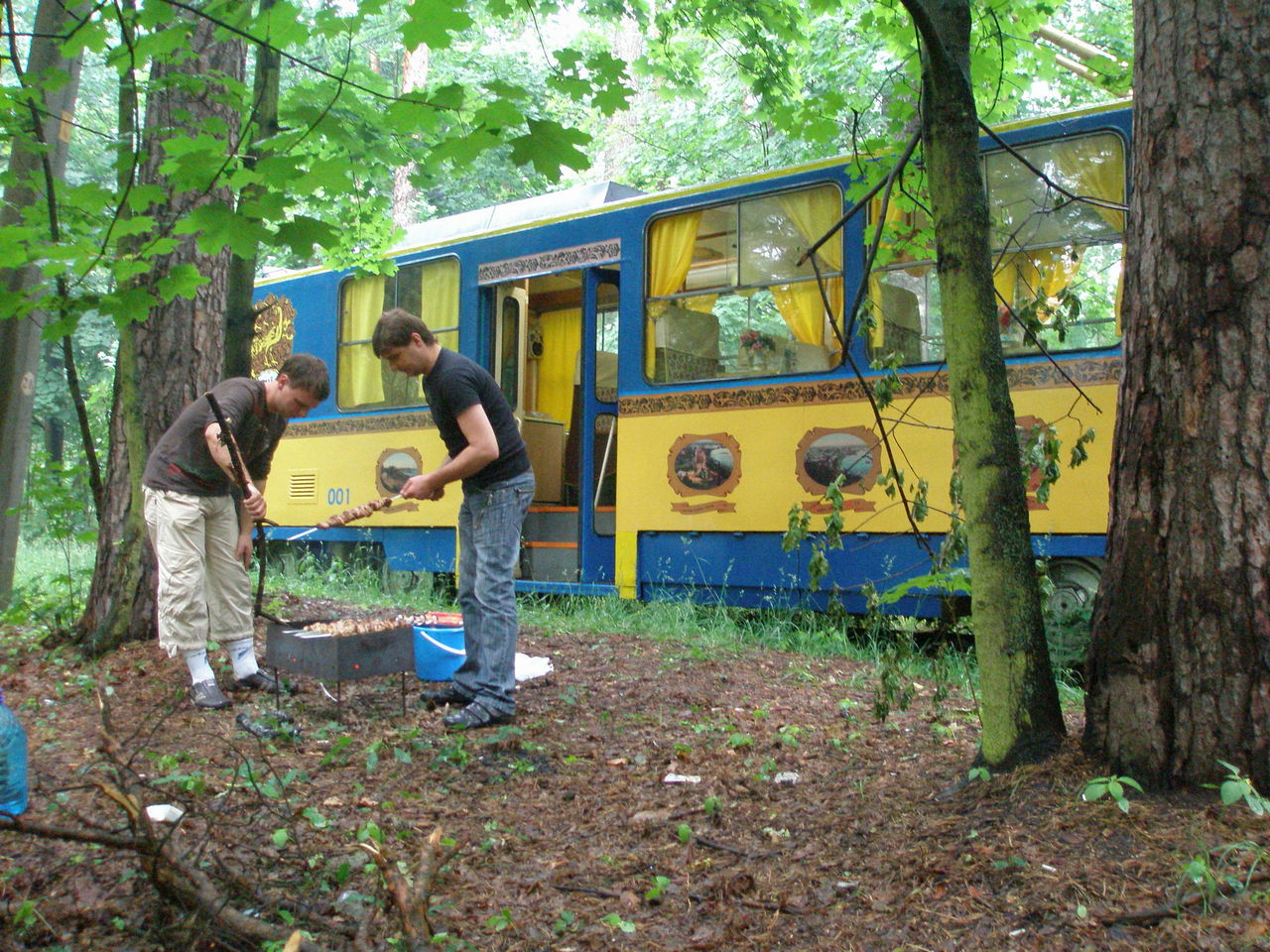 On the way back with a cup of tea by the window you can dream of new adventures.

The tour features languages, poems and songs of past centuries used in Kyiv in Yiddish, Ukrainian, Russian and German.

Check out of the accomodation in Kyiv and load the van with our luggage.

This tour starts in the heart of Kyiv, and will take approximately 5-6 hours to complete, traffic dependant. 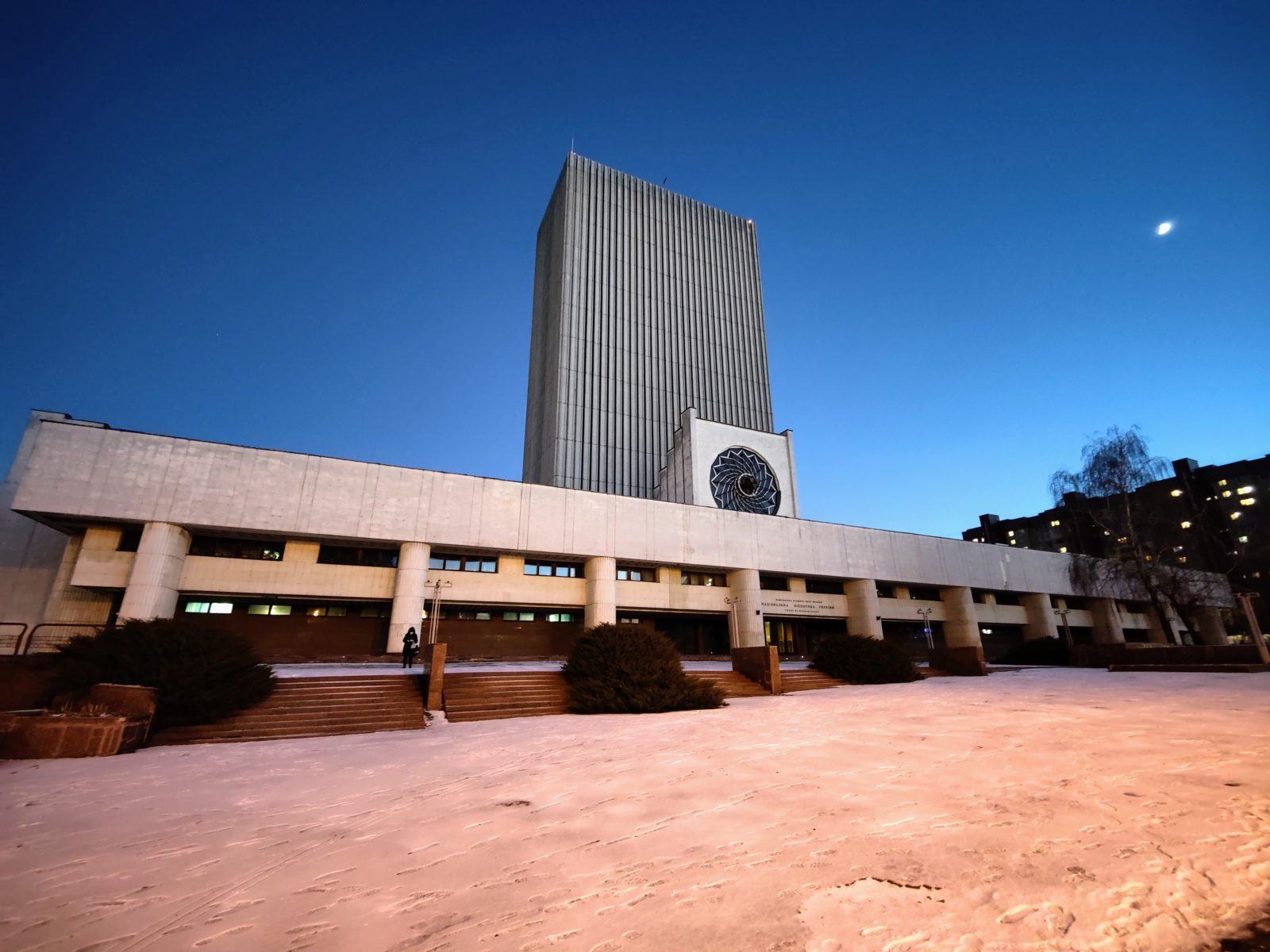 We start at the National Museum of Chernobyl before a short trip to a swimming pool that is the exact same design as the famous pool in Pripyat.

We then make our way around different districts of Kyiv, seeing many buildings and locations used in the HBO Chernobyl series (including Hospital 126, Communist Party HQ and more), along with Soviet buildings, mosaics, and buildings of the same design as you see in Pripyat. 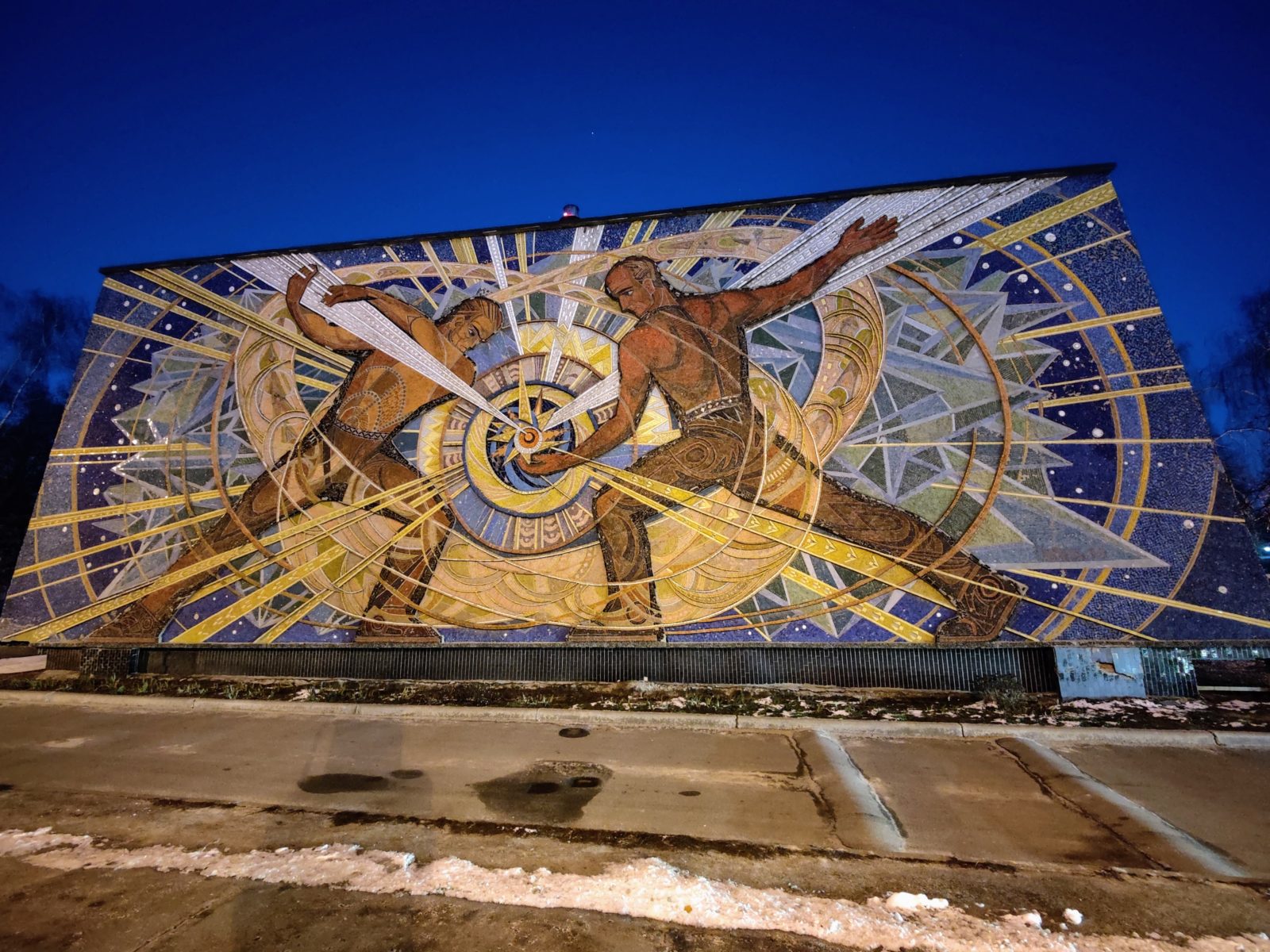 We will then drive from Kyiv to Slavutych and check in to our accommodation.

There is an option to go to Slavutych by train. Depart from Kyiv at 17:39 and arrive to Slavutych at 22:04 before checking into our hotel.

The day starts early, as we will leave the hotel at 07:00 to travel to Chernobyl by train. 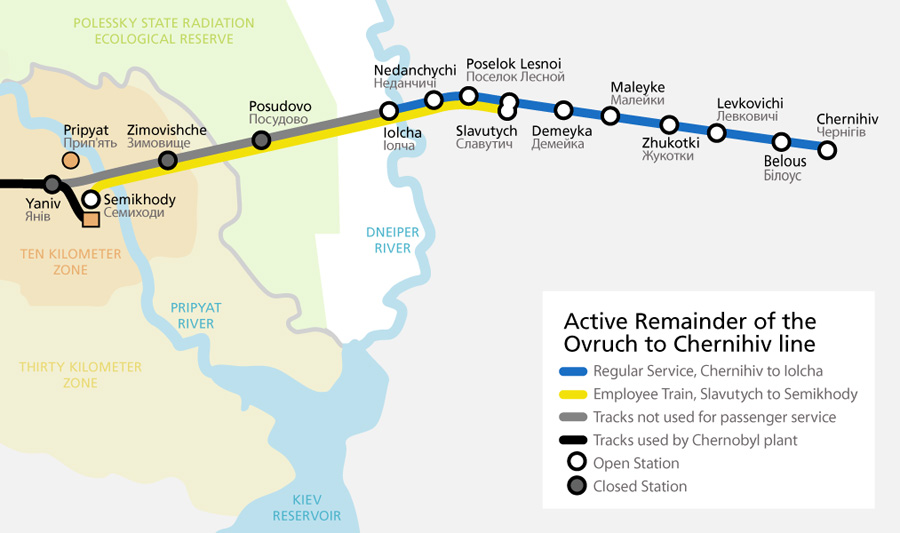 Although a bit hard to believe, electrification of the line was actually completed after the Chernobyl disaster, all the way into the exclusion zone and to Semikhody station. Due to contamination, serious work needed to be completed on the line – including the replacement of some highly contaminated track ties, and a thorough washing of the Pripyat and Dneiper River bridges. The railway was, however, instrumental in the cleanup work and the construction of the new city of Slavutych, as both workers and materials were moved by train.

For the average person, Iolcha is the furthest west you can ride the line. Five special trains in each direction operate daily from Slavutych to Semikhody Station, which carry Chernobyl Nuclear Power Plant workers to their jobs. Anyone on these trains needs special permission, not only because you are entering the Chernobyl Exclusion Zone but also because the train will pass through Belarus (without stopping). The people on these trains have permission to pass through Belarus without needing passport checks or a visa, and we have permission to use one of these trains. 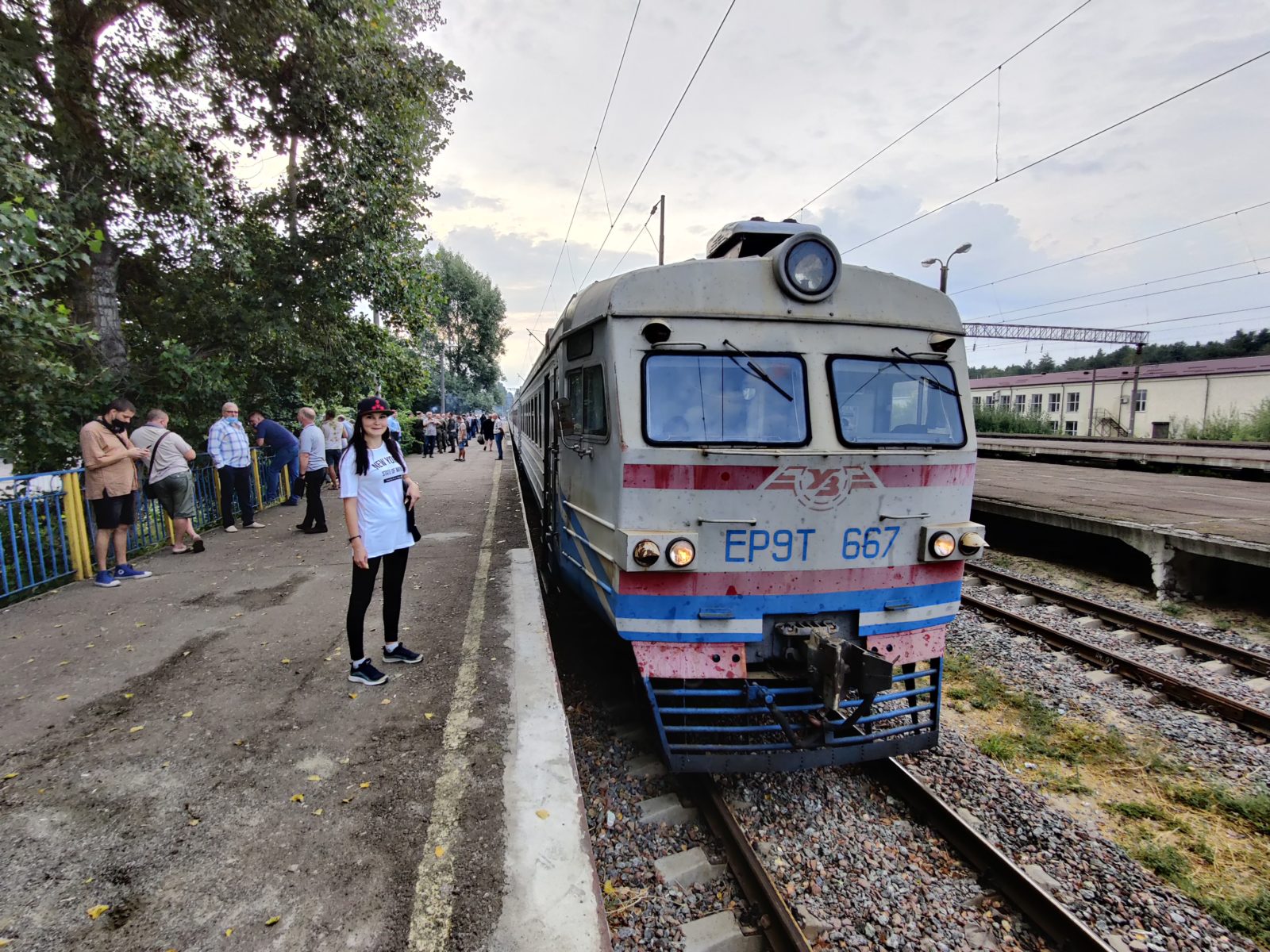 The trains used are ER9-T type, built for use on suburban commuter lines operating on 25Kv AC overhead lines, the Railcar Manufacturing Plant of Riga produced the ER9 from 1962 until it’s closure in 2002 period.

Once in the zone, we will head to Duga for an in-depth tour including Driving School, Control Block, Hospital and School, followed by the Jupiter Factory after lunch with some added locations in the area.

Today we spend the entire day in Pripyat – we will see many things, including:

Today we will visit some remote villages, firstly passing Paryshiv Checkpoint, then seeing many things, including:

On our last day in the zone we will see some final cool things in Pripyat and some other villages, alternatively you can to get to see inside the Nuclear Power Plant locations including Reactor 3 and Reactor 4. In the afternoon we have time to stop in a couple of places before returning to Kyiv.